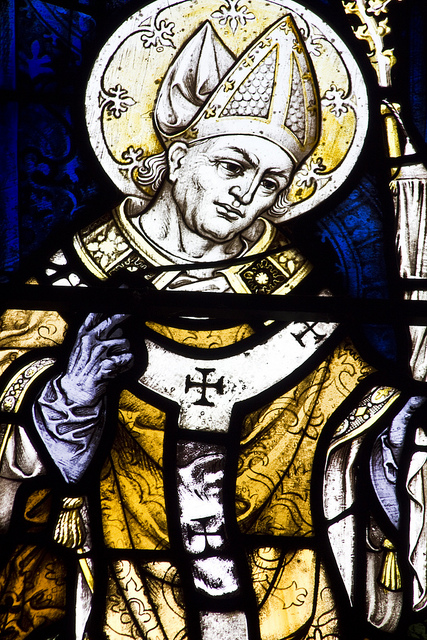 Popular Archbishop of Canterbury who battled for discipline and justice, also called Edmund of Abingdon. Born in Abingdon, on November 30, 1180. he studied at Oxford, England, and in Paris, France. He taught art and mathematics at Oxford and was ordained. He spent eight years teaching theology and became Canon and treasurer of Salisbury Cathedral. An eloquent speaker, Edmund preached a crusade for Pope Gregory IX and was named Archbishop of Canterbury. He became an advisor to King Henry III and presided in 1237 at Henry’s ratification of the Great Charter. When Cardinal Olt became a papal legate with the patronage of King Henry, Edmund protested. A long-lasting feud between Edmund, the king, and his legate led him to resigning his see in 1240. He went to Pontigny, France, where he became a Cistercian. He died at Soissons, on November 16. Edmund was canonized in 1246 or 1247. A college in Oxford bears his name.

The Anthem to St Edmund

O my beloved Edmund,
in union with Mary, pour out your prayers for me
to the Son of God, so that through them,
we may always be found pleasing to Him.

Rejoice we in the Lord, as we keep holiday in honour of blessed Edmund; of him whose feast makes angels joyful and sets them praising the Son of God. Ps. 32:1 Triumph, just souls, in the Lord; true hearts, it is yours to praise him. v. Glory be…etc

O God, who in the measure of Thy overflowing bounty hast adorned Thy Church with the merits and illustrious life of Thy blessed Confessor Bishop Edmund, and hast made her joyful by his glorious miracles, grant this boon to us Thy servants, that we may reform ourselves by his example and be shielded by his protection against every onslaught. Through our Lord Jesus Christ, Thy Son, Who liveth and reigneth with Thee in the unity of the Holy Ghost, God, Forever and ever. Amen

Lesson from the book of Wisdom. A great was he. In his life, he propped up the house, and in his days, he strengthened the temple. He cared for his nation, and he freed it from perdition. He prevailed, so as to enlarge the city. And he obtained glory by his behavior among the people. And he enlarged the entrance of the house and of the atrium. He shined in his days like the morning star through the midst of a cloud, and like the full moon. And he shined forth in the temple of God in this manner: like the sun when it shines brightly, and like a rainbow shining amid clouds of glory, and like flowering roses in the days of spring, and like lilies along the water’s edge, and like sweet smelling frankincense in the days of summer, like a fire shining brightly, and like frankincense burning within a fire, like a vessel of solid gold, adorned with every precious stone, like an olive tree producing buds, and like a cypress tree lifting itself on high, when he received the robe of glory and was vested with the consummation of virtue.

Lord, with abundant blessings Thou hast met him on his way, hast set a jewelled crown upon his head. v. He prayed for life, and Thou hast granted him life unfailing till the end of time. Alleluia, alleluia. v. This Edmund, poor and modest, entered heaven rich; the choirs of heaven chant his praise. Alleluia!

My faithfulness and mercy shall go with him: as my champion shall he rise to greatness.

We pray Thee, Lord, that the gifts we are about to offer Thee may be made pleasing by the intercession of the Confessor Bishop Edmund, and that, when offered, they may further our salvation. Through our Lord Jesus Christ Thy Son our Lord, Who liveth and reigneth with Thee in the unity of the Holy Ghost, one God Forever and ever. Amen

Strengthen our minds, we entreat Thee, Lord, by the sacrament we have received. Thou who didst encourage us by means of fresh miracles wrought by Thy blessed Bishop Edmund, deign also to help us by his prayers and to enlighten us by his example. Through the Lord Jesus Christ, Thy Son, Who liveth and reigneth with Thee in the unity of the Holy Ghost, one God For ever and ever. Amen